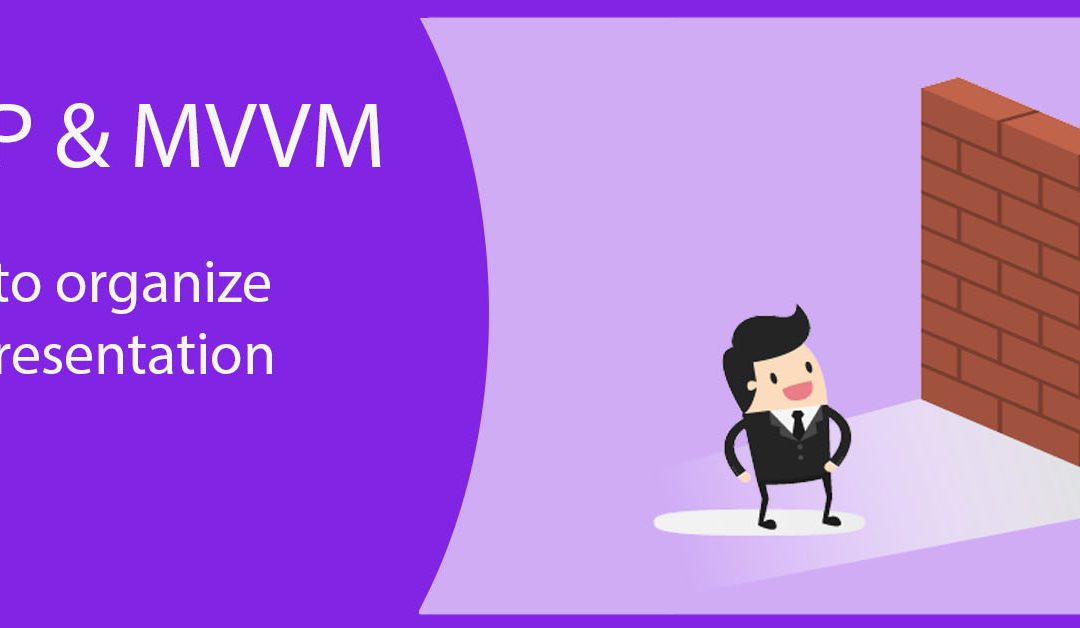 There’s nothing better that having clean modular interdependent code. Following design guidelines definitely does help achieve this. In Android, the MVP and MVVM patterns are very popular, they help having a good architecture in our projects. This article is an attempt by me to explain through a simple example the MVVM pattern along with Data binding. Why Data Binding? Because it enhances the MVVM pattern and makes it even better.

The Android default templates encourages the creation of large activities or fragments. These components typically contain both business and UI logic. This makes testing and therefore the maintenance of Android applications harder. Several patterns are popular within the Android community to improve testability.

The most popular architecture choices are:

The Model View Presenter (MVP) architecture pattern improve the application architecture to increase testability. The MVP pattern separates the data model, from a view through a presenter. 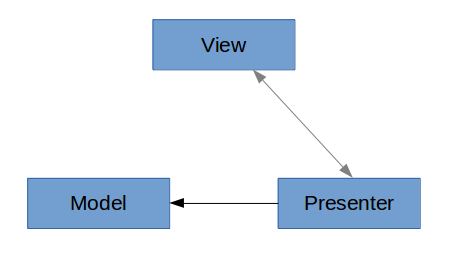 The following demonstrates an example data flow throw the MVP. 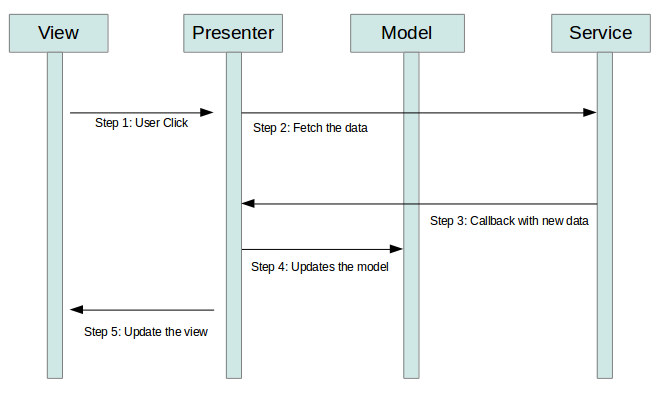 A view component in MVP contains a visual part of the application.
It contains only the UI and it does not contain any logic or knowledge of the data displayed. In typical implementations the view components in MVP exports an interface that is used by the Presenter. The presenter uses these interface methods to manipulate the view. Example method names would be: showProgressBar, updateData.

The presenter triggers the business logic and tells the view when to update. It therefore interacts with the model and fetches and transforms data from the model to update the view. The presenter should not have, if possible, a dependency to the Android SDK.

Contains a data provider and the code to fetch and update the data. This part of MVP updates the database or communicate with a webserver.

MVP makes it easier to test your presenter logic and to replace dependencies. But using MVP also comes with a costs, it makes your application code longer. Also as the standard Android templates at the moment do not use this approach, not every Android developer will find this code structure easy to understand.

In the Model View Presenter pattern, the views more separated from the model. The presenter communicates between model and view. This makes it easier to create unit tests Generally there is a one to one mapping between view and Presenter, but it is also possible to use multiple presenters for complex views.
In the Model View Controller pattern the controllers are behavior based and can share multiple views. View can communicate directly with the model. MVP is currently on of the patterns that the Android community prefers.

A view component in MVP contains a visual part of the application.
The view binds to observable variables and actions exposed by the view model typically using the data binding framework.

The view is responsible for handling for example:

The view model contains the data required for the view. It is an abstraction of the view and exposes public properties and commands. It uses observable data to notify the view about changes. It also allows to pass events to the model. It is also a value converter from the raw model data to presentation-friendly properties)
The view model has the following responsibilities:

Contains a data provider and the code to fetch and update the data. The data can be retrieved from different sources, for example:

Basically the same as the model in the MVP.

This could be a theoretical implementation for the ‘mock’ flavor:

This could be a theoretical implementation for the ‘prod’ flavor:

If you application code you can access the provided implementation via Injection.provideNotesRepository(). Depending which flavor you are build you would receive the mocked version or the real version. Your unit test would build again the mock flavor to mock away the external dependencies.

Writing tests for the presenter