How to show enable location dialog like Google maps?

Android allows us to integrate google maps in our application. You can show any location on the map, or can show different routes on the map e.t.c. You can also customize the map according to your choices. Here is an example demonstrating the use of GPS Tracking class. It creates a basic M application that

Parse JSON data android example, JSON stands for JavaScript Object Notation.It is an independent data exchange format and is the best alternative for XML. In this example we will learn how to parse JSON in android. For better understanding taking a simple and static JSON to parse. Sample JSON: { “Android”: [ { “p_name”: “Elite

What You Need to Begin iOS Programming

1. Get a Mac Yes, you need a Mac. It’s the basic requirement for iOS development. To develop an iPhone (or iPad) app, you need to first get a Mac with Intel-based processor running on Mac OS X version 10.8 (or up).You can pair it with the monitor of your PC. The basic model of 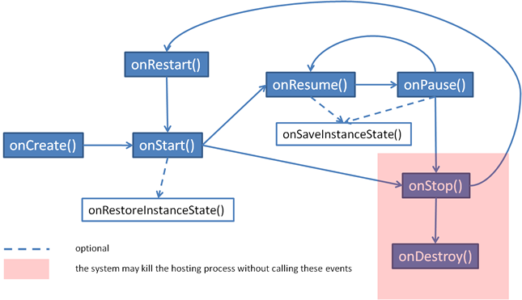 One of the Android layout widget – Gallery has lessen the pain of developer when one needs to use horizontally scrolling list specially in case of showing images in gallery view. But sometimes we need to customize this gallery widget as per r equirement, for example navigating gallery using next-previous buttons which are placed at